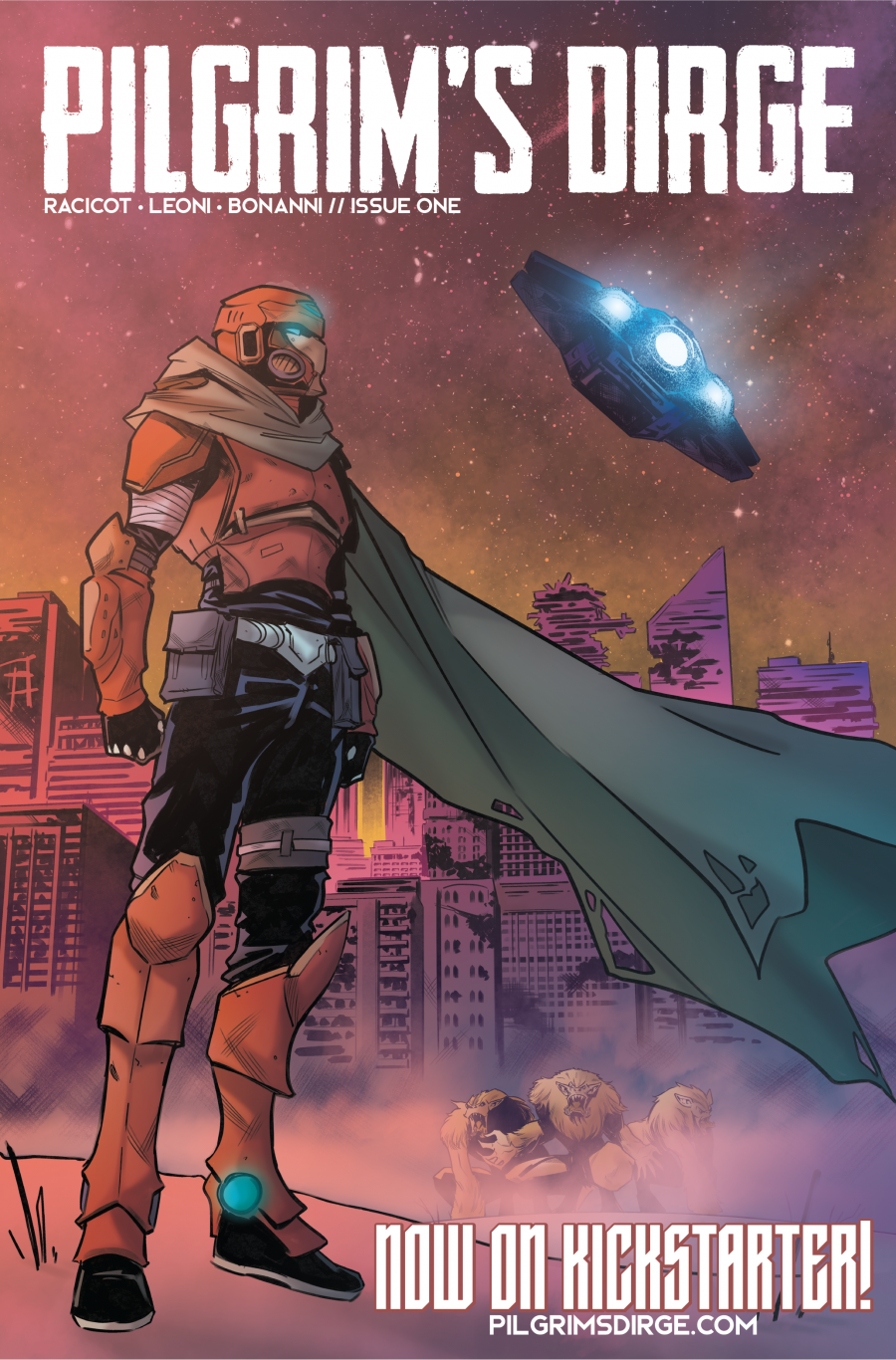 Today we take a peek at a work-in-progress! Well, not really in progress. You just can't read it all yet. But you can support it! Which is what we recommend you do, having been given a peek behind the curtain.

Pilgrim's dirge is the kind of sci-fi action we enjoy most around here. I'd explain it in my own words but why do that when its creators were kind enough to make all the words for me?

"C.O.R.E. (Celestial Orbit Reparation Effort) returned to Earth after the cataclysm to eradicate an alien race. Orin Daniels was among those soldiers. He now fights for survival, trying desperately to return to his family, but C.O.R.E. is on his trail.

Pilgrim's Dirge is a science fiction adventure in a post-apocalyptic solar system. The cataclysm awoke an ancient evil whose return threatens not just Earth, but all existence. Orin must band together with unbeforeseen alien races to eliminate this threat and save the galaxy. If Orin thought Earth was a chilling place, he has no idea what awaits in the dark of space."

We were gifted with the chance to read the start of Pilgrim's Dirge and we felt like it would really be something Folklore fans would appreciate. Obviously there's no pressure to support a Kickstarter campaign of any kind, but if you like the idea then why not visit their campaign page below? Indie comics come in many forms, and it's good to support them all when you can!

Go visit their Kickstarter by clicking any one of these words!

Pilgrim's Dirge is being created by the following artists, who we HIGHLY recommend you go follow over on Twitter. We made their links extra handy for you to reach: