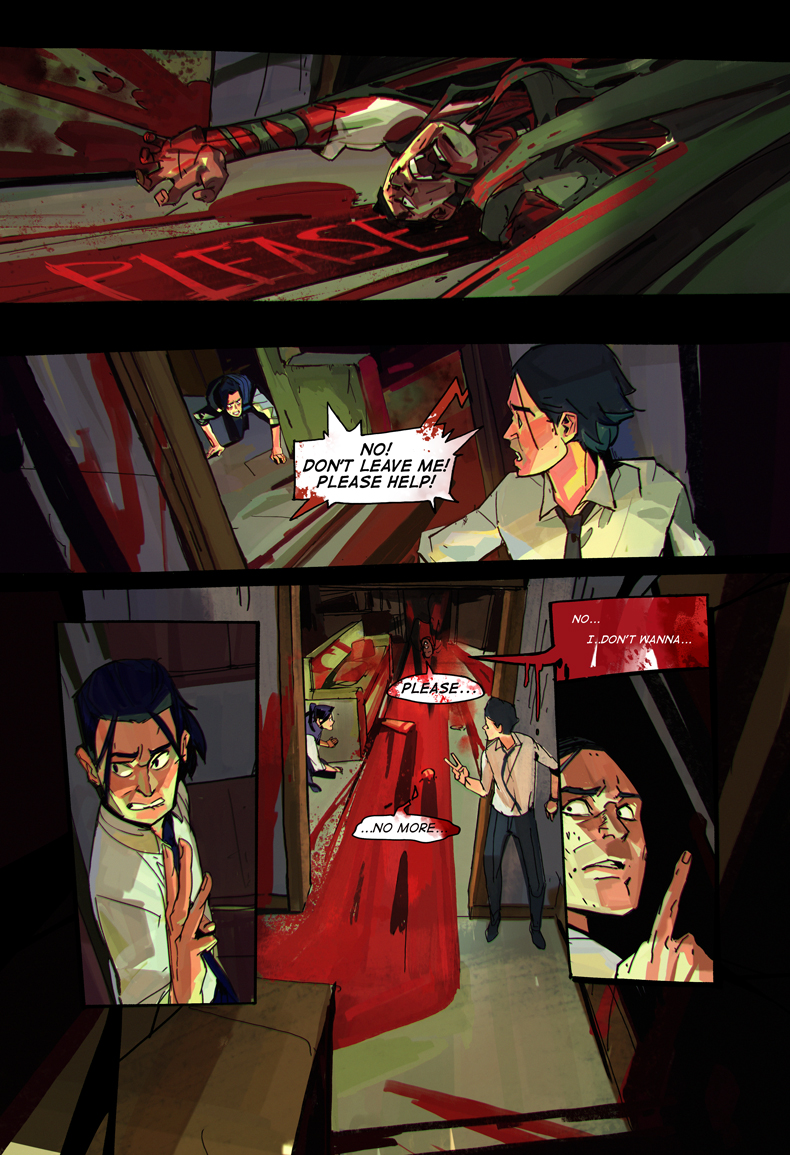 Well, I think it's clear at this point that the Electrician doesn't quite make it...

Time for some FUN FACTS: The Electrician was a role that was decided very early on as a character who would die, and was originally meant to be a very intimidating Italian mobster-type. Buuuut when we launched our Patreon and decided we wanted to fit our patrons into the story, both the mayor and the Electrician felt like a really obvious fits! Being so flexible with our character design has opened up a lot of fun creative spaces for Colin and I to work in.

We want all of our Patreon supporters to get a good spotlight, not just a cameo, and it was with his permission that we gave Mogamu a role in Folklore. The one catch was that he had no idea what role that would be -- but this is a horror comic so the odds are always high that if we feature you, it may not be for very long.

If you're not already familiar with Mogamu and you're big into gaming, we recommend going to give him a follow on Twitter! He's honestly a fantastic guy, and we really hope he's satisfied with his untimely death at the hands of a shadow monster.