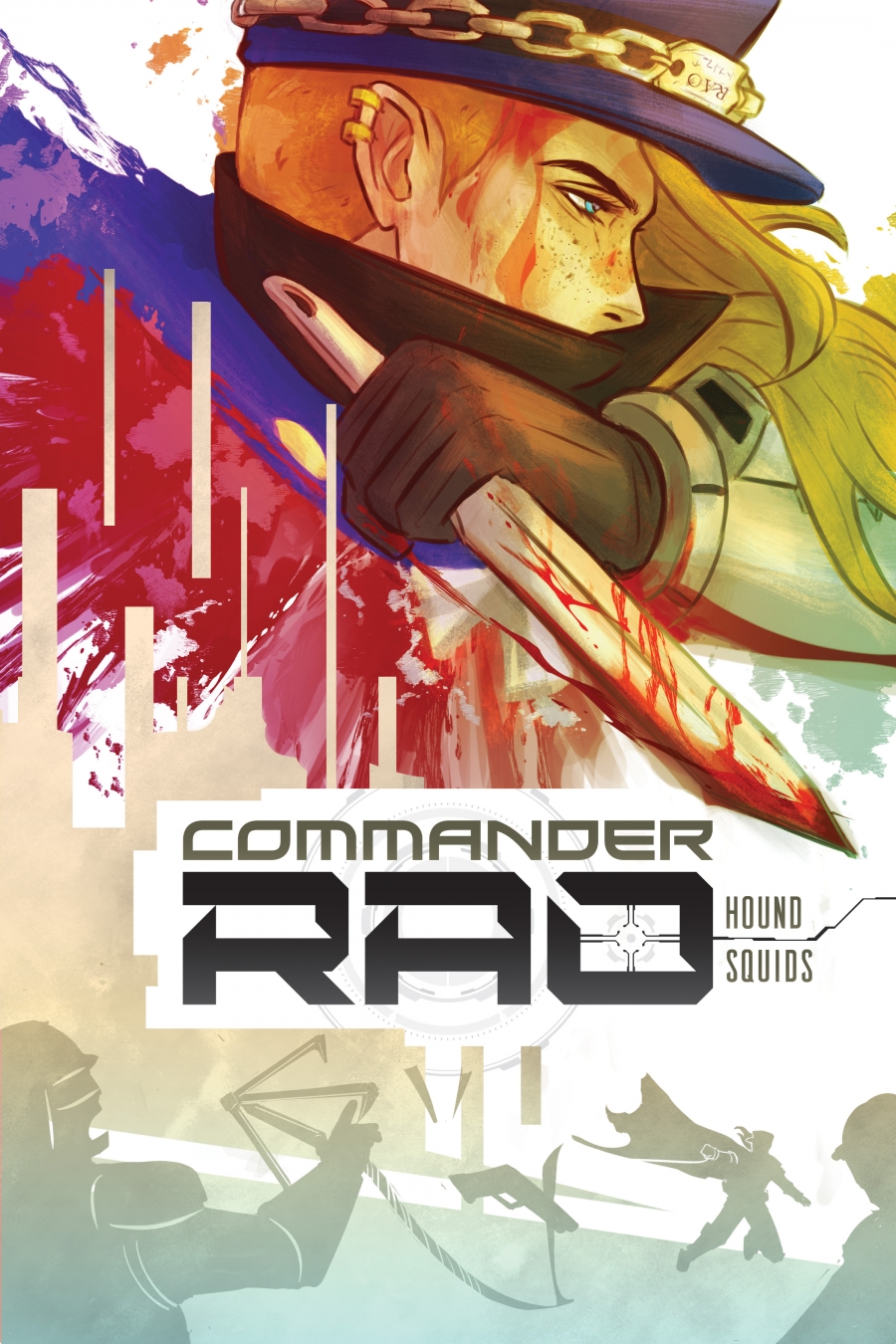 This week we're bringing you another Kickstarter -- because some of the best comics out there are ones you gotta support financially. Commander Rao is one I've had to pleasure of watching develop over time, and seeing it finally reach Kickstarter is really exciting. Not nearly as exciting for Rao's creators...but still pretty exciting!

So what's it about? Well, to steal their very professional writeup:

"Commander Rao is a 28-page dystopian one-shot told through blazing action and minimal dialogue. Inspired by animated fight scenes from shows such as Legend of Korra and Castlevania, the aim was to create a unique, cinematic action comic with a focus on flow and dynamism; while still telling a deeply personal story of broken friendships and survivor's guilt.

Described as “sci-fi John Wick with grappling hooks”, it is a comic for anyone who enjoys sci-fi/dystopian genres, intense action sequences and character driven narratives."

We intentionally delayed today's post so that we' would only share information about their Kickstarter after it was live...which is NOW! Please go give it a look, and if you're interested in badass military chicks murdering their way to a better tomorrow now's your chance to support a great comic.

You can follow Commander Rao's creators on Twitter as well, just because that's a good thing to do! Go forth!